Bermuda was stunning! So perfect, I'm going to break this down into two posts, one for the races, one for the island fun that was had.

First things first...the races.
Friday Night Mile
Friday night was the Invitational Mile. Everyone came out to line up and down Front Street and to cheer from the balconies. The mile is serious business in Bermuda. They had races for the elementary schools, middle schools, high schools, local Bermudians and then the elites. Everyone running HAD TO QUALIFY to run the mile. All except us running the Bermuda Triangle Challenge.
It was quite nerve wracking starting in the first corral. Yes...the first corral. They certainly did not base the Triangle Challenge Mile runners by time. It's probably the first and only time I'll ever start in corral 1. I felt quite inadequate, but enjoyed the fun being in corral 1.
Now I have NO idea how to run a mile. I can't say I've ever run a mile in my life. So I ran and about threw up a lung at the end. Everyone was yelling and cheering us on. The Bermudians are such generous people.
So after us mere mortals were done with the Triangle Challenge Mile, the school kids ran, next up were the local Bermudians and then the elites. All were delightful to watch, but the elites were awe inspiring. If only I could have a stride like this... 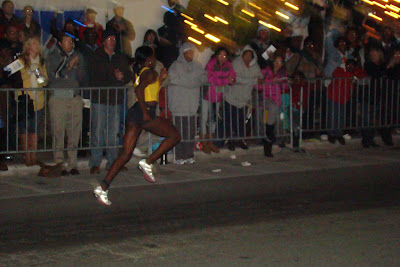 We stayed until the elite men ran. We were hoping for one of them to break the 4:00 mile in Bermuda. It's never been done at the Invitational and they had a $10,000 purse riding on it. The taxi cab driver that picked us up from the airport is on the race committee, so we were talking about all the races. He stated the last couple of years, they have had a 4:02 and a 4:02:30, but no one has broken 4:00. He's stated the wind always seems to pick up Friday night and has slowed the elites down.

This Friday night was perfect. No wind, the weather was perfect. We were really excited to see someone win it. They came close, but no cigar. We were there til around 11:00 pm and then headed back to the resort for some zzz's for Saturday mornings race.

Me after recouping from running the mile... 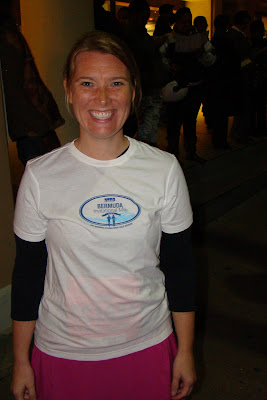 This morning we headed out to the stadium for the 10K. I was ready for this race, I can run 6.2 miles and can do it halfway okay. Or so I thought. OMG! This course was UBBER hilly! It took it all out of me. But I couldn't have had a better time. The course was beautiful and I took it all in. Afterwards, we received our 10K medals and headed back to the hotel to get cleaned up and then took off for yet another full day of sightseeing, beach and fun.

Turned into Sunday Morning Half Marathon. The marathon was a 2 course loop. This was the most magnificent course ever. The views couldn't have been any more beautiful. So why the half marathon instead of the marathon? Well...a couple of things. My ankle is still hurting from the marathons I did the last half of 2009. That was the main culprit. Another reason was my slowness. I knew if I was going to make another loop, it was going to be ubber slow. And the traffic was horrible. The island roads are SOO SOO narrow and there is no shoulder. They did not close the course down and there were times, even on the first loop, I was a little un-nerved due to being so close to the cars. Mind you, everyone was super friendly and I had no issues with anyone driving, but it was just feeling I was holding people up. So the half marathon it was. I have never seen such amazing ocean views on a course before. This is a MUST DO!

We didn't get any photos from the marathon course, but my next post, I'll put some pictures of when we were out and about.

I certainly see Bermuda in the future for another visit. And you can't pass up the 4 medals and 4 tshirts for running the Triangle Challenge. 3 races-3 medals for each race and then a 4th medal (and shirt) for completing all 3! 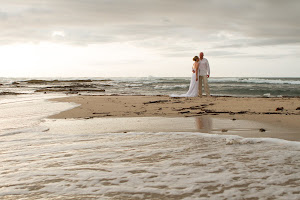 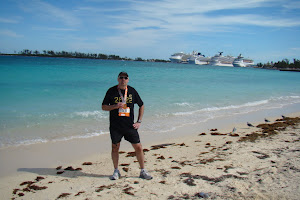